Yellow peaks on the move 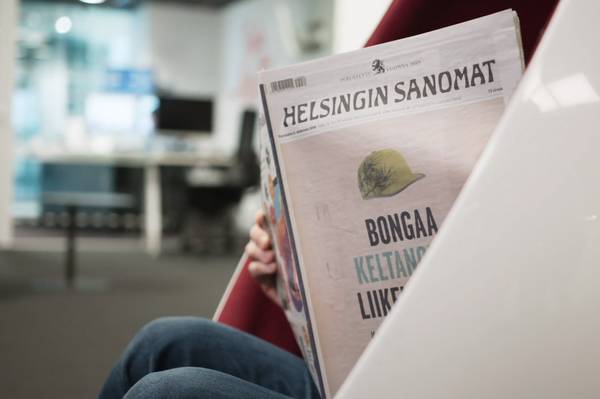 If’s multimedia campaign stood out and started a conversation about traffic safety.

Jori Virtanen of If and Hans Sippel of Sanoma talk about the If Keltanokka (“yellow peak”) campaign:

The Keltanokka campaign is a tradition for If — in autumn 2019, the company distributed baseball caps with yellow peaks to first graders for the fourteenth time. With this campaign, If wants to attract attention and start a conversation about traffic safety, thus ensuring a safe way to school for children.

“The most important message of the Keltanokka campaign is to promote children’s road safety,” says If Marketing Communications Manager Jori Virtanen. “With our media campaign, we drew the attention of motorists and other road users to young school pupils who are learning how to get to school on their own.”

What impressed Sanoma about the If proposal was a thoroughly developed package which could ensure broad and deep penetration of the target audience.

“With this campaign, we wanted to draw broad attention to children’s road safety and thus do our bit in the important work of making children’s school journeys safe,” Virtanen says.

“The Keltanokka campaign has been a prominent, well-liked concept every year. This year, in particular, we wanted to focus on ensuring that people associated the campaign with If.”

“With the Sanoma media, we were able to deepen the campaign message and start a conversation about children’s road safety. The results of the campaign show that the most important successes were reaching the goals set and, in particular, reach and success of message among a broad target group. One big success was increasing awareness of If’s role as the advertiser behind the campaign,” Virtanen says.

As in previous years, the campaign was very well-liked, and people considered its message very important.

“We are of course very happy about this, because the yellow caps deserve to be noticed when the important first day back to school comes,” Hans Sippel, Client Manager at If, says.

Read about the results of the campaign in more detail

The following people were involved in implementing the campaign: